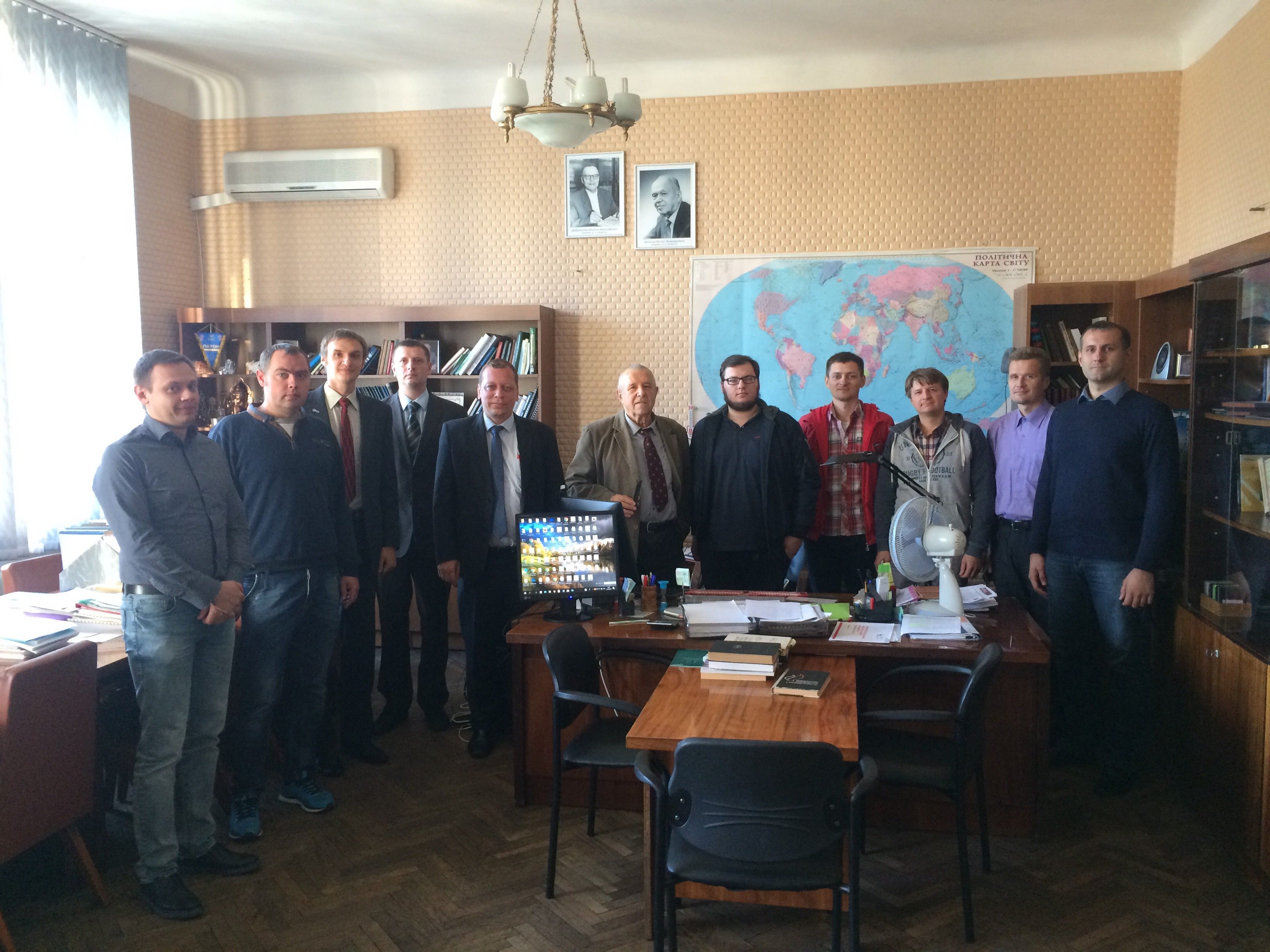 The round table was held in two parts: scientific and technical reports and expert discussions. The first part of the round table was opened by the chairman of UkrNat’s youth section, head of the change of Khmelnitsky nuclear power plant Alexander Khomich with a report on the importance of scientific support of nuclear energy. A report on innovative technologies used at the decommissioning of the Chernobyl Nuclear Power Plant and the transformation of the Shelter Object into an environmentally safe system was presented by a junior researcher at the Institute for Safety Problems at the NPP, a postgraduate student at NTUU “KPI” named after them. Sikorsky Sergey Kupriyanchuk. Mykola Sidorenko, graduate student at the Institute of Gas of the National Academy of Sciences of Ukraine delivered a report on the development of energy-efficient and environmentally-friendly technology for obtaining graphite of nuclear purity, and a doctoral student at the same Institute, Ph.D. Konstantin Semiko spoke about the development of technology for the application of pyro-carbon protective coatings for the needs of nuclear energy, in particular – for the production of microcircuits (the type of nuclear fuel with increased safety levels) and the immobilization of radioactive materials. A young scientist at the Institute for Nuclear Research, Mykola Goliak, delivered a presentation on “The possibility of prolonging the period of safe operation of VVER-1000 reactors in over-project terms”. “This topic is today very relevant in the nuclear power industry of Ukraine”, he stressed.

In addition to scientific youth, prominent Ukrainian scholars also joined the event. Head of the Department of Plasma Technologies of the NAS Institute of Gas, Corresponding Member of the National Academy of Sciences of Ukraine, Ph.D., Prof. Victor Zhovtyansky told about the use of plasma for the verification of radioactive substances. Director of the Institute of Gas of the National Academy of Sciences of Ukraine, academician of the National Academy of Sciences of Ukraine, doctor of technical sciences, prof. Boris Bondarenko spoke about the research carried out at the NASU Institute of Gas for the needs of the atomic-industrial complex and delivered a presentation entitled “Nanorides for extreme cooling of the nuclear reactor”, which was awarded on the eve of the conference in the People’s Republic of China.

Upon completion of the reports, the round table participants switched to an expert discussion discussing the possibilities of introducing the development of Ukrainian scientists into the nuclear industry of Ukraine, as well as exchanging experience and finding points of contact for possible further cooperation. During the discussion Yuriy Stepanenko, Ph.D., researcher at the Institute of Nuclear Research of the National Academy of Sciences of Ukraine emphasized that in addition to the development of innovations for nuclear energy in Ukraine, high-level research is being carried out in other areas of nuclear physics, in particular in medicine. This event should facilitate the establishment of cooperation between scientists and specialists of the nuclear power industry of Ukraine.